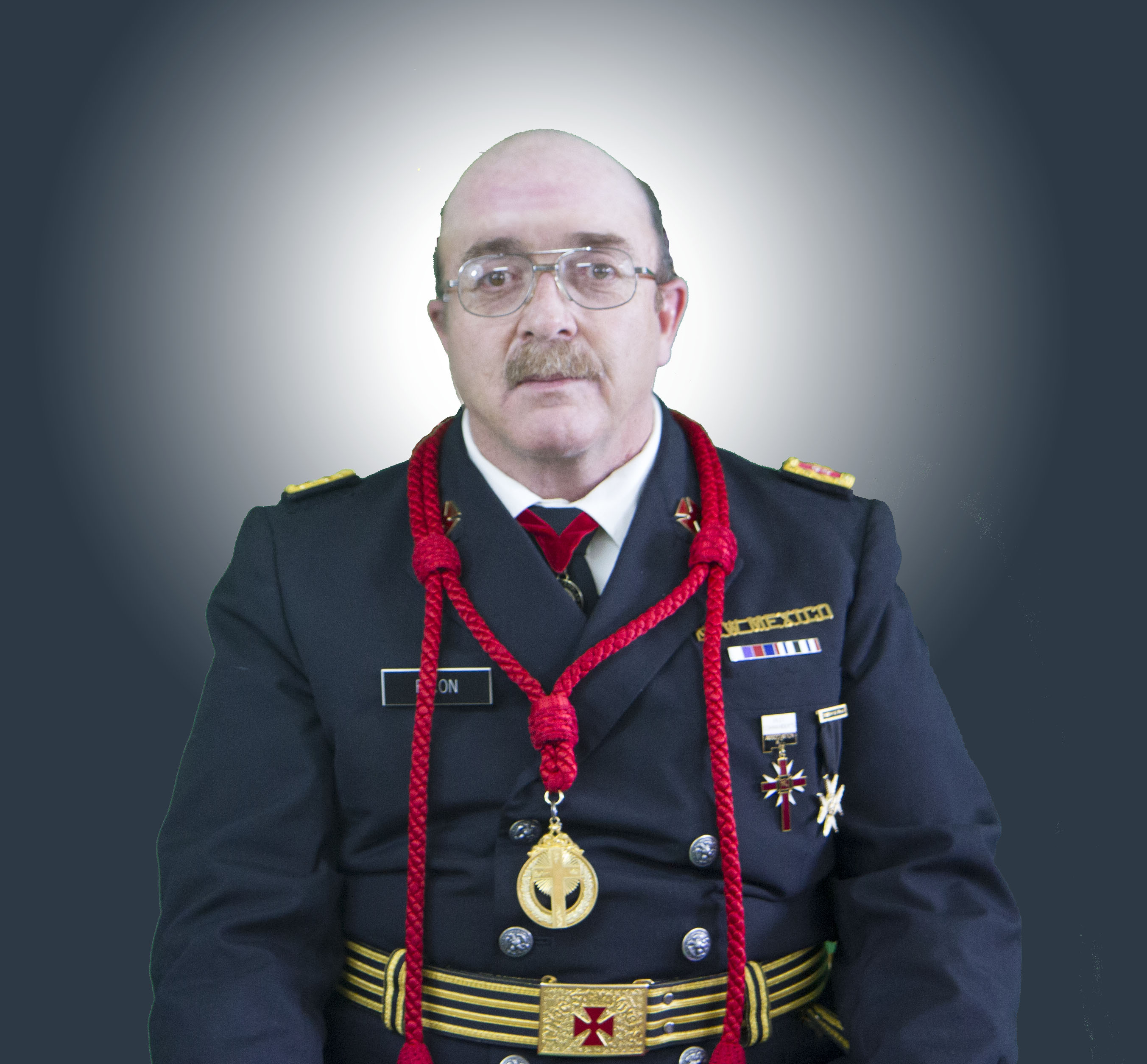 James Herbert Rixon passed from this life on May 1, 2017. James was born September 24, 1961 in Farmington, New Mexico. Graduating from high school in 1980, he enlisted in the United States Army and served as a medic for the 82nd Airborne Division. Upon his return, he worked for his father’s flight instruction school as a mechanic. In 1990, he re-enlisted and served during Operation Desert Storm. After serving, he was able to work as an installer for carpet, vinyl, tile, etc. for ten years before his injuries from the war caught up with him. He has spent his time since in service to his community and Masonry.

James was always proud of his military service and became an active member of the Hugh K. Gale VFW Post No. 2182 in Farmington, NM; where he was the Chaplain, member of both the Honor and Color Guard, and managed the Post’s Bingo game for several years. He was also a member of the congregation at Cross Roads Community Church of the Nazarene in Farmington, NM. His faith was well founded and unmovable; filling his soul with love and kindness. He was always ready and willing to contribute to the relief of a distressed individual in any way he was able; without judgement or thought of receiving anything in return.

Brother Rixon was Initiated May 2, 2005, Passed to the Degree of Fellow Craft on January 5, 2006, and Raised to the Sublime Degree of Master Mason on August 1, 2006 in Animas Lodge No. 15 in Farmington, New Mexico; and affiliated with San Juan Lodge No. 25 in Aztec, New Mexico on February 27, 2007. He served as Worshipful Master of Animas Lodge in 2009 and again in 2014. He was elected to the Board of Directors of the Masonic Charity Foundation of New Mexico, serving from 2012 to 2014. And in 2013, he was appointed District Deputy Grand Lecturer for the 1st Masonic District.

Worshipful Brother James H. Rixon was currently serving as the Grand Marshal of the Grand Lodge of Ancient Free and Accepted Masons of New Mexico.

Companion James was Exalted a Royal Arch Mason in November, 2006. He served as Excellent High Priest for Basin Chapter No. 19 in 2010 and 2011. Excellent Companion Rixon was a member of the Order of the High Priesthood, and served as President in 2015. He was appointed to the Grand Chapter line as Grand Master of the 1st Veil in 2013 by R. Gary Browne, PGHP. The same year, he was appointed as the Ambassador for New Mexico of the General Grand Chapter of Royal Arch Masons, International. In 2014 he received the Distinguished Service Award in Bronze in honor of his consistent contributions to Royal Arch Masonry and the Craft in general.

Companion Rixon was Greeted a Royal and Select Master in November, 2006. He served as Illustrious Master of Navajo Council No. 6 in 2014. Illustrious Companion James was a member and serving as an officer in the Order of the Silver Trowel. In 2015 Paul A. Brehm, PGM, appointed him as the Grand Conductor of the Council.

Right Illustrious Companion James H. Rixon was currently elected and serving as the Grand Principal Conductor of the Work for the Grand Council of Royal and Select Masters of New Mexico.

Sir Knight Rixon was Knighted in the Order of the Temple in November, 2006. He served as Commander for Shiprock Commandery No. 15 in 2012 and 2013. James was a member of the Past Commanders Association of New Mexico and currently serving as an officer. In 2013, he also received the Knight Templar Cross of Honor for his service as a Chivalric Knight – in all of his life; and was appointed as Grand Standard Bearer by Dickie W. Winchester, PGC.

Brother, Companion and Sir Knight James served in many of our Appendant and Concordant Bodies. He was a 32nd Degree Scottish Rite Mason and continued to be an active member in the Valley of Santa Fe, serving on eight separate degree teams. He was an active member or officer in several invitational bodies, including the New Mexico College of Masonic Rosicrucians, Mount of Olives Tabernacle of the Holy Royal Arch Knight Templar Priests, St. Sophia Conclave of the Red Cross of Constantine, New Mexico College No. 145 of the York Rite Sovereign College, and in the Chapter of the Knights of York Cross of Honour. In his spare time, he also served as an Advisor of the James H. Gibson Chapter of the International Order of DeMolay in Farmington, New Mexico. He was known for his constant work throughout all of these bodies, and his endless pursuit of more Masonic knowledge.

The Poor Fellow-Soldiers of Christ and of the Temple of Solomon were charged with protection of the Pilgrims who were seeking the road to Jerusalem. Jim was a Chivalric Knight and a true Mason, he would help any time and any way he could whenever asked. He was truly a servant of the Craft, and a great example of a friend, Brother, Companion and Sir Knight. He will be missed. May we all be blessed enough to have learned from and to continue his work.