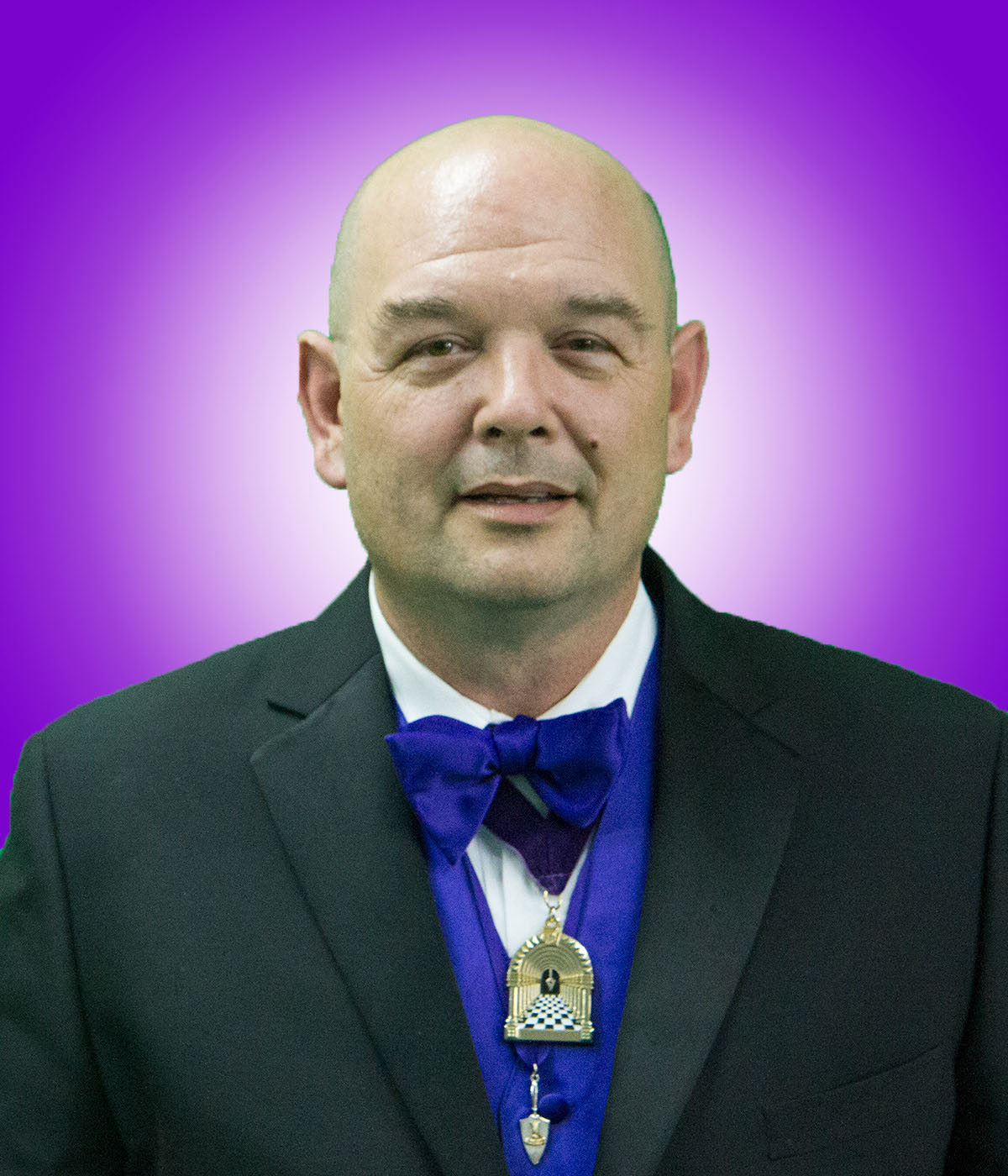 Stephen Andrew Balke was born September 17 1971, in Chicago, Illinois.  He moved to New Mexico in 1974 with his mother, Kathleen M. Balke. He has a half-sister, Jan, who lives in Illinois.  In 1997, he married Michele Carter; they now have, and are raising their five children in Estancia, New Mexico.

Stephen is a Business and Information Technology Consultant, Trainer, and Project Manager whose projects and engagements have afforded him much travelling and experience. He previously acted as both a Custom Course Developer and Trainer and Community Outreach Consultant for the University of New Mexico, a Business Analyst for the Department of Information Technology for the State of New Mexico, and most recently as a Consultant for Conway, Inc. and Site Selection Magazine, an economic development consultancy.

Brother Stephen's Masonic career began at Edgewood Lodge No. 82 in 2006. With MWB Ernie Hazelwood as his Coach, he learned many aspects of Masonry early in his Masonic experience and served as a Worshipful Master of Estancia Lodge No. 33 (2009); and is a Past Master (2011) and Past Secretary (2012 - 2016) of the Lodge of Research of New Mexico. He also maintains plural membership in Zia Daylight Lodge No. 77, where he currently serves as Senior Steward.

Right Worshipful Brother Stephen started his service to the Grand Lodge of New Mexico with his appointment by MWB David Baker as Editor of the New Mexico Freemason. While serving in this capacity, he was appointed Webmaster for the Grand Lodge web site (www.nmmasons.org) and, by MWB Gary Deck, to a seat on the Jurisprudence Committee, continuing in this service under MWB Bobby Arther. His tour on the Jurisprudence Committee ended in 2012, and MWB Josh Lightle placed Stephen on the Publications Committee and appointed him Senior Grand Steward. He served MWB William R. L. Childers as District Deputy Grand Master for the Fifth Masonic District in 2014. He continues to serve on the Technology Committee.

May of 2007 saw Brother Stephen's introduction to the York Rite of Freemasonry when he took the Degrees and Orders at the Albuquerque Festival and became a member of Rio Grande Chapter No. 4, Hiram Council No. 1, and Pilgrim Commandery No. 3. He has worked at Festivals, held Offices in the Albuquerque Bodies and has taught the classroom portion of the Degrees and Orders at several Albuquerque Festivals. In 2010, Companion and Sir Knight Stephen became a plural member of the Santa Fe Bodies and starting in 2011, he started serving in each of the bodies. He served as Eminent Commander of Santa Fe Commandery No. 1 in 2012, Excellent High Priest in 2013, and Illustrious Master in 2014.

Stephen has been invited to and joined many of the York Rite appendant and concordant bodies. In 2009, the Santa Fe Conclave of the Red Cross of Constantine elected Knight Companion Balke to be installed. He proceeded to serve in most of the offices and then as Puissant Sovereign in 2016; he currently serves as Recorder. He is a member of the Allied Masonic Degrees in Eastern New Mexico Council No. 421. He was invited into the Societas Rosicruciana in Civitabus Foederatis (Masonic Rosicrucians), where he is currently serving as Second Ancient.  The York Rite Sovereign College (New Mexico College No. 145) invited him to become a member in 2010, and Stephen now serves as both the Chancellor and the College Degree Master and works with Lodges and York Rite Bodies in New Mexico to provide the Honorary Mark Master Mason Degree to Master Masons. Invited into membership of the Knight Masons in 2012, he now serves as Excellent Chief. The Holy Royal Arch Knight Templar Priests also extended a welcoming hand to Knight and Priest Balke and he currently serves as the Very Eminent Preceptor.

Brother Stephen and his son Sean were both inducted into the International Order of DeMolay at its 2012 Annual Convention. Brother Sean joined Mesa Chapter, while his father became one of the few Masons inducted into the Kit Carson Honorary Chapter, whose degrees are only given to a man over twenty-one who had not joined DeMolay as a youth. Recently, Sean has started working with Route 66 Chapter. Stephen is also the very proud parent of his daughters Ashley, Saoirse, and Anya, members of Ashlar Assembly No. 58 and Anya and Victoria, Pledge Members. Anya is a Past Pledge Sister and Ashley is twice a Past Worthy Advisor and currently serves as Grand Immortality. Recently, Saoirse, Anya and Victoria joined Bethel No. 2 of Jobs Daughters in Albuquerque and Ashley is working to become an advisor for the Bethel.

Stephen was appointed to the Grand York Rite lines by Sir Knight and Most Excellent Companion D.W. Winchester; as Grand Sword Bearer for the Grand Commandery of New Mexico in 2014 and as Grand Master of the First Veil in 2015. In 2016, Most Illustrious Companion Paul A. Brehm appointed him as the Grand Marshal of the Grand Council of Royal and Select Masters of New Mexico. In 2017, Stephen was elected Deputy Grand Commander. On May 1st, Brother, Companion and Sir Knight James H. Rixon passed when he was Grand Commander and Stephen ascended to the position. It having been only three weeks into the Chivalric year, the Grand Master of the Grand Encampment adjudicated that this earned Stephen his official Past Grand Commander designation, and he was given said honors at the 2018 Sessions. February 28th of 2018, Raymond D. MacDonald also passed away, and as Stephen was serving as Scribe, he once again ascended to the head of the body. He served as Grand High Priest for almost two months. He is currently serving as Grand King for the Grand Chapter of Royal Arch Masons. He also currently works as Chair of the Technology Committee for the General Grand Council of Cryptic Masons International and as a member of the Western States Easter Observance Committee for the Grand Encampment.

On Thursday, April 19, 2018, Most Illustrious Companion Balke was elected Grand Master of Royal and Select Masters in New Mexico. As this was the first body of the Grand Sessions, he was actually head of all three of the Grand York Rite Bodies in New Mexico simultaneously for approximately one day. Stephen’s intention is to continue to serve York Rite as a Past Grand Commander, and is currently serving as Grand King for the Grand Chapter of Royal Arch Masons.

Having lost both of his parents before he reached the age of forty, Brother Stephen has found that Freemasonry has, and continues to provide references, resources, and activities that help him be a better man, husband, and father. He is particularly grateful for the opportunities that encouraged a positive growth environment for his family. In his words, "I was told that you will get out of Masonry what you put in to it. I would argue that it gives you so much more. Even, or perhaps especially, when you're not aware of it.”