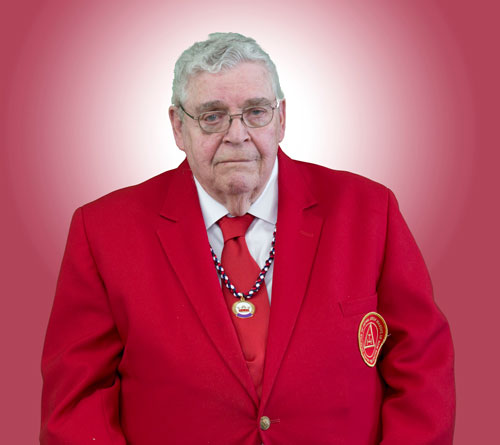 Raymond Denis MacDonald was born May 15, 1940 at Booth Memorial Hospital in Queens, NY. He died in his sleep the evening of February 28, 2018 at his home in El Paso, Texas. He fought COPD and had been recently diagnosed with cancer.

Raymond was raised by his parents who worked as a housekeeper and a chauffeur for a wealthy Newport family. Growing up as an only child in Rhode Island, he spent a lot of time with his many cousins from the O’Brian and Walsh families in New York. He attended a Catholic elementary school and then an all boys Catholic High school.

While attending Columbia University he was drafted into the United States Army in 1963. He felt fortunate to be sent to Germany rather than Vietnam because many of his friends were lost there. Ray went by boat to his post in Germany, where he met his first wife Dora. This is when his daughter, Dagmar, came into his life. Ray and Dora’s second daughter, Nancy, followed soon after. Ray later bought a home here in El Paso but would serve in Germany again during his time in the Army.

In 1984 he met and married his second wife Kathleen and became a stepfather to Heather and Holly. After retirement from his military service, he went back to school to continue his education. He studied computer science and management. Ray held various jobs that reflected his passions, working as a Drug Enforcement Agency Analyst for the El Paso Intelligence Center for 13 years. He also worked for Renzenburger, driving crews of railroad workers which allowed him to be involved with one of his passions, trains, and later ran his own business as a consultant, and sold jewelry.

He built friendships, fellowship, and brotherhood through his involvement in several organizations. The first was his entry into the Masons in April of 1992, where he was Past Master of Lodge 130. He was also involved in the Scottish Rite.

As a member of the El Maida Shrine he participated with the Lizzie Patrol, Clowns, Provost Guard, Oriental Band, and Divan. He gave service to the Shrine serving to “Light the Life of Children” as Potentate in 2007.

Ray became involved in the York Rite in New Mexico and served in all three Bodies of the York Rite. He was a Knight Companion in the Red Cross of Constantine, Renick Chapter number 37 of the Eastern Star, and Grand High Priest of the Royal Arch Masons of New Mexico.

Raymond’s service in these many groups allowed him to travel around the United States and Canada. He relished these trips to see the country with his loving wife Kathy. He also loved Nascar and electronic gadgets. He enjoyed collecting gemstones and jewelry as part of his business. He got a special pleasure from helping others.

Raymond is survived by his Daughter Dagmar Youngberg, her daughter Brooke and his first great granddaughter Nicki, his Daughter Nancy Kuballa, her husband Christoph, and their children Joshua and Sarah, his stepdaughter Heather Preston, her husband Douglas and their children Ryan and Phoebe, his stepdaughter Holly Aguilar and her children Mia and Ethan, and his wife of the past 33 years, Kathleen MacDonald.