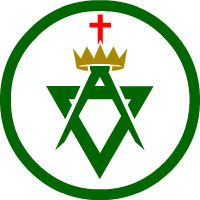 The Allied Masonic Degrees are an invitational organization, and requires membership in the Royal Arch as well as the Symbolic Lodge. Membership is limited to 27 members per council. Councils have charge of and promote detached degrees, some of which, many years ago, were conferred under Craft warrants and formed part of the then loosely governed Freemasonry of the period.

Many of these detached degrees became dormant in some places, although in others they were conferred as side degrees. In time, the better of these degrees were grouped together in an organized body under the title of Allied Masonic Degrees. The degrees comprising the system in our Jurisdiction in the U.S.A. include:

Membership in every Council of Allied Masonic Degrees is by invitation, and is predicated on membership in the Royal Arch Chapter.

In addition to perpetuating these degrees, there is still another and equally important purpose. It is to bring together, in small groups, Freemasons who are interested in the advancement of all Masonry, preparing themselves to better serve the Craft through the medium of study and research. By limiting the membership in a Council and securing membership only by invitation, the result is a congenial group able to enjoy full fellowship when meeting together. Wherever there is an active Council of Allied Masonic Degrees, it exerts an influence for the betterment of Freemasonry in all the Masonic Bodies.

There is no intention on the part of the Allied Masonic Degrees to detract from any organized and established body of Masonry. On the contrary, you will find our members active, beyond the average, in all local Masonic bodies. The real purpose is to stimulate interest in Masonry in general and bring together in small groups those who are interested in the study of Masonic subjects. Thus they are better enabled to serve the Craft.